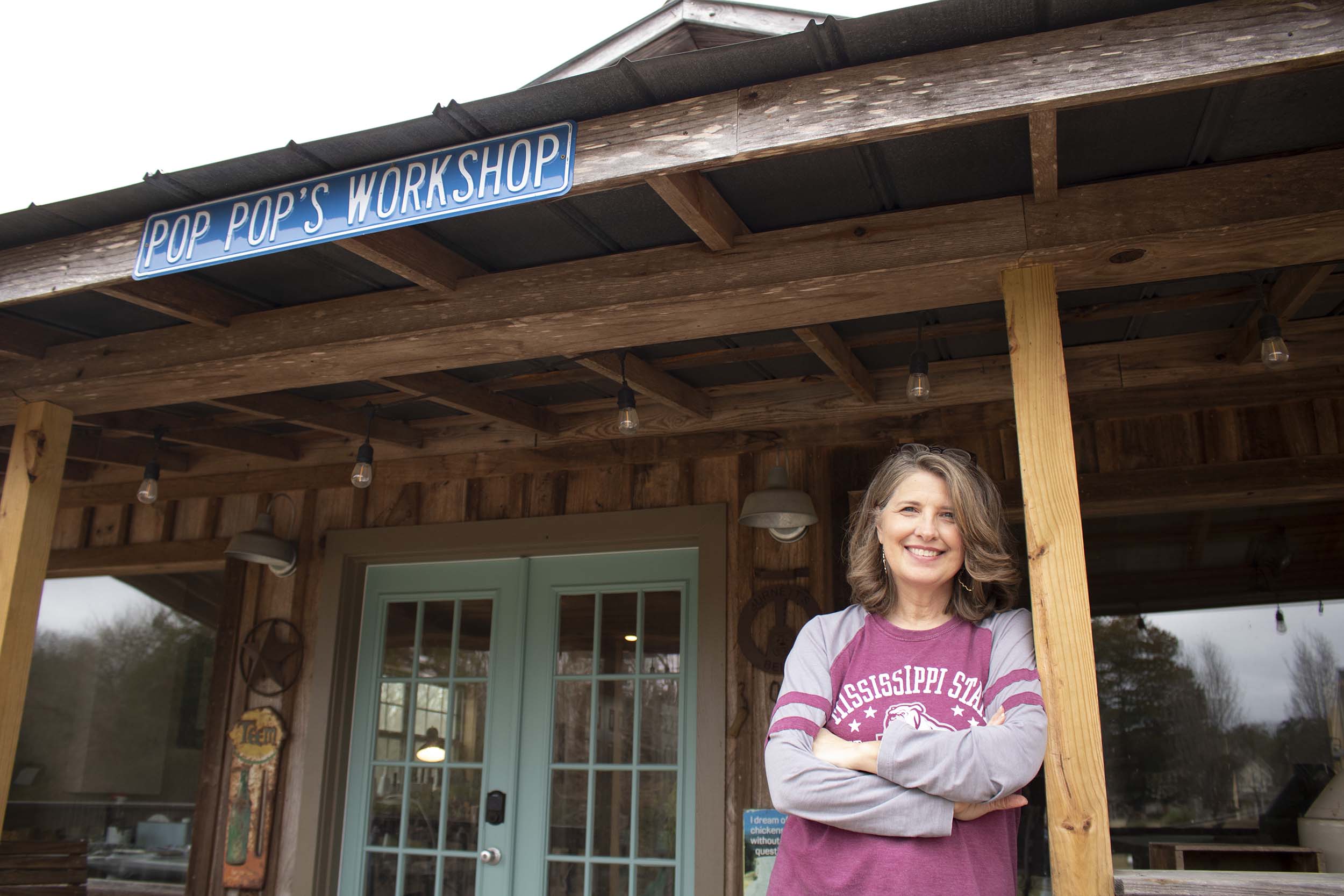 Vicki Burnett received her Bachelor of Arts in Communication with a concentration in Public Relations in 1986.

Burnett Art is housed in a cozy cottage that was originally her Uncle Al’s grocery storefront in the 1950s. Later, Burnett’s father used the building as his wood-working shop where he made swings and Adirondack chairs. In 2016, Burnett hired a house mover to bring her dad’s shop to her backyard to be used as her art studio.

Burnett Art specializes in painting cowbells as well as some traditional paintings as well. The origins of her painting root back to 1983, when Burnett painted her first cowbell.

“I painted my first cowbell for my late husband in 1983 when we were both undergraduates at MSU. In the summer of 2013, I painted a couple more for some friends and posted them on Facebook. The rest is history. I've painted thousands since then!”

“I have put my classes in public relations to good use in everyday interactions with my incredibly awesome clientele.”

She also shares you can be successful in a career field that you did not originally study in school for.

“I think the most valuable lesson for me was learning that I could be successful in a career field that I'd not even considered or been trained to do. So if your job search in your primary field is unfruitful, be willing to reinvent yourself and prepare for new opportunities.”

Being confident in your skills is important in Burnett’s opinion when it comes to searching for a job.

“I think that it's important to be confident in expressing what you can offer a potential employer, but to also be authentic. Don't oversell yourself or try to bluff your way through an interview. Know the employer going in and have some specific questions prepared to ask during the interview. And it never hurts to write a thank you note afterward!”

Facebook is Burnett’s main way of displaying her artwork and receiving orders for commissioned pieces.

Favorite memory as a communication student?
Finishing this incredibly looooong paper about the Tylenol murders that occurred in 1982. I was so relieved to finally finish it and turn it in!

Favorite communication class you took and why?
I loved learning how to develop photos in a dark room in a black and white photography class that the department offered at that time.

Most valuable lesson learned from the communication department?
Professor Sid Hill told us to approach our studies at MSU as we would a job if we wanted to be successful. So I took that to mean "Don't be late or absent from class, don't procrastinate, put in the hours, and give your best effort." And he was right.

Favorite communication professor and why?
Professor Sid Hill. He smoked a pipe and was exactly how I thought a college professor should be!